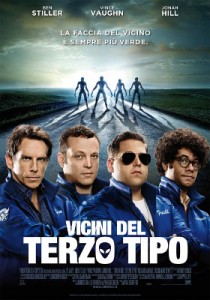 In the town of Glenview, Ohio, Evan Trautwig (Ben Stiller) is an active participant in the community and senior manager of the local Costco store. His life is disrupted when the store’s night security guard is murdered. The local police have no leads, and show no interest in investigating further. Determined to find the killer and bring him to justice, Evan decides to form a neighborhood watch. However, he only manages to recruit Bob (Vince Vaughn), a construction worker and loving father; Franklin (Jonah Hill), a high school dropout who dreams of being a police officer but failed the written, physical, and mental-health tests; and Jamarcus (Richard Ayoade), a recent divorcé.

The watch members use the group as an excuse to drink and have fun (much to Evan’s annoyance)….