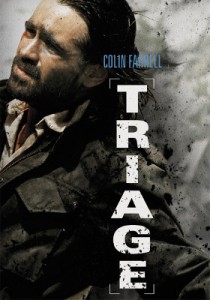 Set in 1988, Mark Walsh (Colin Farrell) is a photojournalist who has earned a reputation for working in some of the most unforgiving locations on Earth. When his editor Amy (Juliet Stevenson) asks him to cover Saddam Hussein’s campaign against the Kurds, Mark takes the assignment and thinks little of it. His wife Elena (Paz Vega) is considerably more concerned. Mark and his friend and fellow photographer David (Jamie Sives) head off to the war full of confidence. Mark takes photographs of brutally injured soldiers and of a doctor who shoots them dead to spare their suffering. Later on, Mark is seen mildly injured in what he claims to be an accident in the river and he then comes home alone after being separated from David. Elena notices that he is like a different person, gaunt and unable to relax.