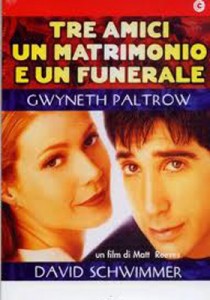 Tom Thompson (David Schwimmer) is a 25-year-old man who sleeps in a bunk bed and lives with his mother.

One day Tom is contacted by his high school classmate’s mother, Ruth Abernathy (Barbara Hershey), to tell him that his ‘best friend,’ Bill Abernathy, committed suicide, and is asked to give a eulogy at the funeral.

Tom does not remember his friend, but out of sympathy attends the funeral as a pallbearer.

While Ruth struggles with her loss and Tom with his supposedly failed memory, the two develop a romance.