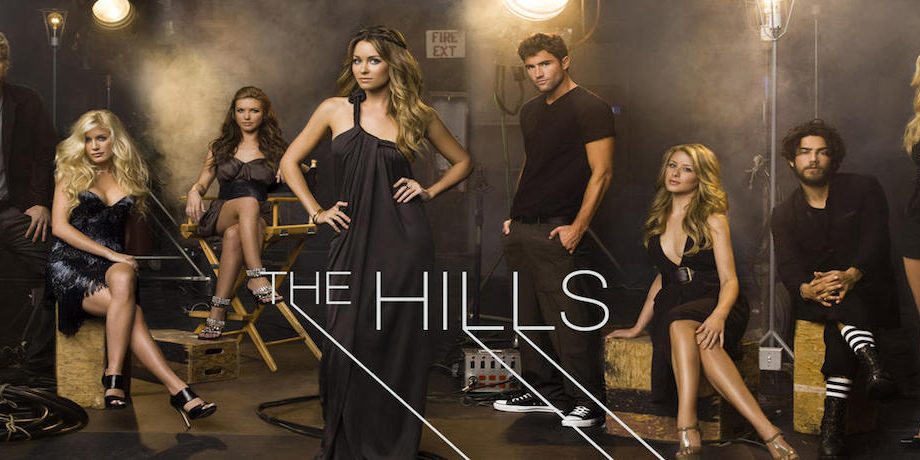 The Hills was an American television series that aired for six seasons on MTV from May 31, 2006, until July 13, 2010. Developed as a spin-off of Laguna Beach: The Real Orange County, the series aired six seasons and focused on the personal and professional lives of several young women residing in Los Angeles, California. Its premise was conceived by Adam DiVello, while Liz Gateley and Sean Travis served as executive producers.

The series originally focused on Lauren Conrad, who appeared in its predecessor, as she pursued a career in the fashion industry. It additionally placed emphasis on her housemate Heidi Montag and their friends Audrina Patridge and Whitney Port. Conrad’s friend Lo Bosworth and Montag’s boyfriend Spencer Pratt developed major positions as part of the supporting cast in the second season, while his sister Stephanie Pratt was added in the third. Port left the series at the conclusion of the fourth season, moving to New York City and starring in her own spin-off, The City, which aired for two seasons.

Looking to pursue other career opportunities, Conrad left the series halfway through the fifth season, and was subsequently replaced by fellow Laguna Beach: The Real Orange County cast member Kristin Cavallari. Bosworth and Stephanie Pratt joined Cavallari and Patridge as primary cast members in the sixth and final season, while Montag and her husband Pratt were removed from the series after displaying erratic behavior. Conrad briefly returned to the series during an alternate ending for its finale.

The Hills received moderately favorable reviews from critics, and has been recognized as a “guilty pleasure” by several media outlets. However, the series was often criticized for tending towards a narrative format more commonly seen in scripted genres including soap operas, and appearing to fabricate much of its storyline.