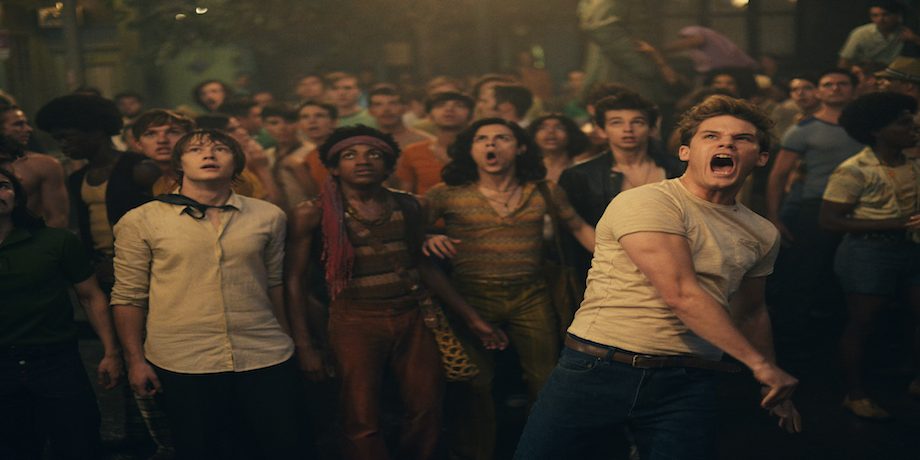 The drama is set in and around the 1969 Stonewall riots, the violent clash with police that kicked off the gay liberation movement in New York City.

The drama is a coming-of-age genre film, and centers on fictional Danny Winters (Jeremy Irvine), a young gay white man from Indiana, who flees the conservative countryside in the late 1960s and moves to New York City. Before leaving, he is discovered by friends while making love with his boyfriend. His father is horrified, his mother is ambiguous as she feels for her son, but also does not want to stand up to her husband. His father then refuses to sign the scholarship application for Columbia University where Danny is supposed to attend.

Danny leaves for New York anyway, leaving behind his younger sister. After reaching Greenwich Village, he is befriended by a multiracial group of young, gay and genderfluid street kids and drag queens. He meets an older man Trevor (Jonathan Rhys Meyers), who soon becomes his lover and roommate, and Ed Murphy (Ron Perlman), the manager of the Mafia-owned Stonewall Inn, a gay bar in the Village. Ed colludes with corrupt policemen and exploits homeless gay youth to his own advantage. Danny gradually learns about gay culture from his new friends and becomes involved in the struggle for gay liberation.