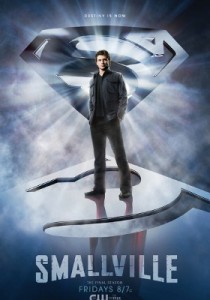 Storylines regularly included a villain deriving a power from kryptonite exposure. The one-episode villains were a plot device developed by Gough and Millar.

The first season primarily dealt with Clark trying to come to terms with his alien origins, and the revelation that his arrival on Earth was connected to the deaths of Lana Lang’s parents.

After the first season, the series used fewer villain-of-the-week episodes, focusing more on story arcs which affected each character and explored Clark’s origins.