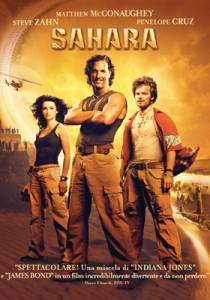 The film begins with a prologue set in Richmond, Virginia in 1865, showing the ironclad CSS ”Texas”, carrying the last of the Confederacy’s treasury, as Captain Adrian Tombs tries to run a Union blockade.

The film then moves to the present day, where World Health Organization doctors Eva Rojas and Frank Hopper are investigating a disease that is spreading across Mali, Africa. Assassins attempt to murder Eva, but she is rescued by Dirk Pitt, from National Underwater and Marine Agency, who was diving nearby.

Dirk gets a call from a dealer in Nigeria. He sells Dirk a gold Confederate States of America coin, one of supposedly only five in existence, which was found in the Niger River. ..