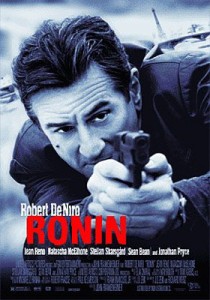 At a bistro in the Montmartre district of Paris, a young Irish woman named Deirdre (Natascha McElhone), who is a member of the IRA, meets with Spence (Sean Bean), Larry (Skipp Sudduth), Gregor (Stellan Skarsgård), Vincent (Jean Reno), and Sam (Robert De Niro), all of whom are veterans of special operations units hired through “the man in the wheelchair”.

They drive to a warehouse on the outskirts of Paris, where Deirdre briefs the men on their mission: to attack a heavily armed convoy and steal a briefcase, the contents of which are not revealed.

Following the briefing, the team begins assembling their equipment and planning the operation. ..