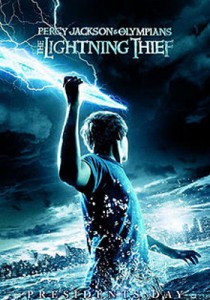 In New York City, Zeus and Poseidon meet at the top of the Empire State Building, where Zeus reveals that his master lightning bolt has been stolen and accuses Poseidon’s demigod son, Percy Jackson, of the theft. Poseidon reminds him that Percy is unaware of his true identity, but Zeus declares that unless his master bolt is returned to Mount Olympus before the next summer solstice, war will be waged.

Percy is a sixteen-year-old teenager who appears to be dyslexic, but has a unique ability to stay underwater for a long time. While on a school trip to the local museum, Percy is attacked by a Fury disguised as his substitute teacher, who demands the lightning bolt….