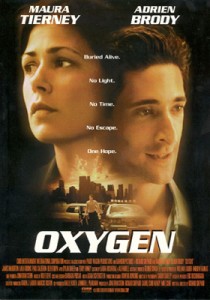 He demands $1 million in cash from the woman’s husband in return for the release of the location of her burial site before she runs out of oxygen. He also states that if police involvement is initiated, he will ensure she is never found alive.

As expected, however, police involvement is initiated and Detective Madeline Foster (Maura Tierney) is assigned with the task of finding the buried woman and catching Houdini.