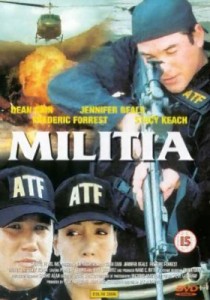 A raid, led by Ethan Carter is carried out by ATF agents against a militia group, the Brotherhood of Liberty.

Their leader, William Fain, is captured and his family is mistakenly killed in the raid. Seven years later, other persons from the same militia group break into a chemicals corporation called Cyberdyne Systems and steal anthrax.