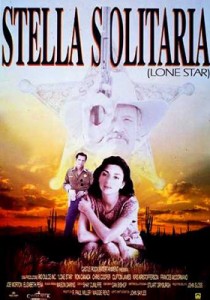 The main character is reluctant Sheriff Sam Deeds (Chris Cooper) who has little heart for the politics or tough-on-crime policies that the job requires.

Sam got the job because of his father, legendary Sheriff Buddy Deeds (Matthew McConaughey) who is remembered as fair and just by the citizens of the county.

However, Sam remembers Buddy as a distant parent who cheated on his mother with an unnamed mistress. Sam is particularly disapproving of efforts by Mayor Hollis Pogue (Clifton James), a former deputy of Buddy’s, and business leader Mercedes Cruz (Miriam Colon), to rename the local courthouse in Buddy’s honor…