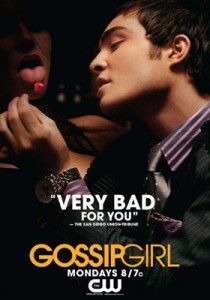 The main focus is Serena’s sudden return to the Upper East Side following her mysterious disappearance. Initially, Serena’s one night-stand with Nate Archibald, boyfriend to Serena’s best friend Blair Waldorf, was thought to be Serena’s reason to leave. However, near the end of the season, the cunning Georgina Sparks, Serena’s former friend, arrives on the Upper East Side, revealing that the night Serena slept with Nate didn’t end there—Serena went to meet Georgina at the Stanhope Hotel and a man died in her presence under the influence of drugs, while being taped. The season also revolves around Serena’s relationship with outsider Dan Humphrey; Blair’s relationship with Nate and her affair with his best friend Chuck; brief romance between Serena’s mother and Dan’s father; Blair and Jenny’s mentor-protege relationship; and the arrival of Dan’s former best friend Vanessa Abrams..