Wild Things with Dominic Monaghan is a wildlife documentary series produced by BBC America and presented by actor Dominic Monaghan, who also serves as an executive producer for the show. Each hour-long episode follows Monaghan, an avid outdoorsman, as he travels to a new exotic location in search of “some of the most dangerous and elusive creatures known to man.” The show’s 8-episode first season premiered in the U.S. on January 22, 2013, and was nominated for Best Reality Ser 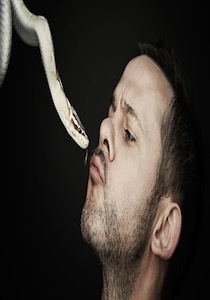 ies at the 3rd Annual Critics’ Choice Television Awards. In June 2013, Wild Things with Dominic Monaghan was renewed for a second season to premiere in 2014 on BBC America.