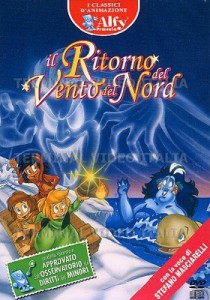 The terrible North Wind was defeated thanks to the courage of her younger brothers Leo and Anna, the little Indian Watuna and their friends whales. But even locked up inside the sacred vessel, the North Wind does not intend to give up his power and prepares for revenge. Took the form of the evil Attanasio, the North Wind manages to escape. His goal is to destroy once and for all the jar so that it can not be imprisoned ever more.