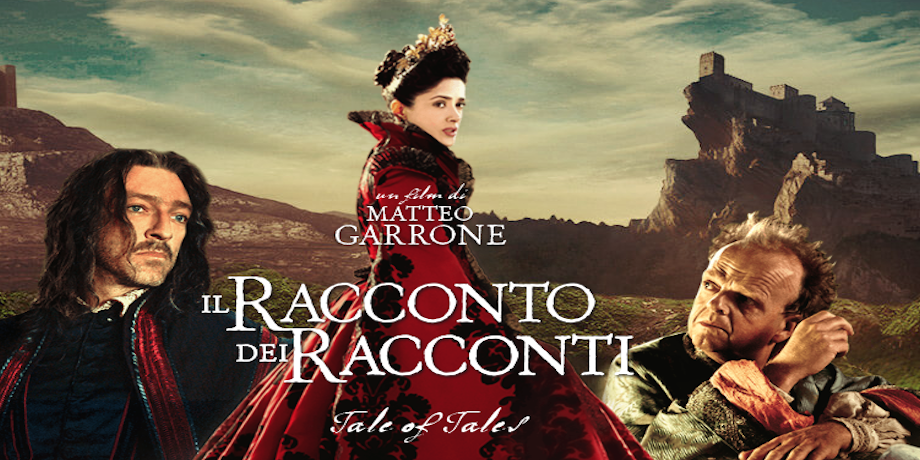 An Italian-led production with co-producers in France and the United Kingdom, the film is Garrone’s first English-language film. It competed for the Palme d’Or at the 2015 Cannes Film Festival.

It is a screen adaptation based on collections of tales by Neapolitan poet and courtier Giambattista Basile: Pentamerone or Lo cunto de li cunti (Tale of Tales, or Entertainment for Little Ones), which contains the earliest versions of famous fables like Rapunzel, Sleeping Beauty and Cinderella.

The Baroque stories manage to mix real and surreal with many metaphorical usages. Pentamerone was a 17th-century collection of fairytales that inspired many authors including the Grimm Brothers, Hans Christian Andersen, Charles Perrault.

The three tales are La Cerva Fatata (The Enchanted Doe), La Pulce (The Flea), La Vecchia Scorticata (The Flayed Old Lady), that have been freely adapted with elements of other tales by Giambattista Basile, as well as a touch of artistic license. 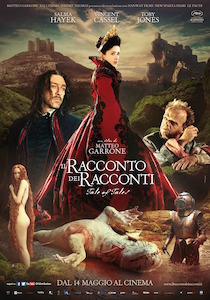