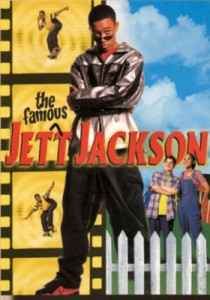 Jett Jackson previously lived with his actress mother in Los Angeles, but missed his home and his friends.

Longing for a relatively normal life, Jett succeeds in getting the production of Silverstone moved to the fictional Wilsted, North Carolina, thus providing jobs to townspeople while affording Jett the chance to live with his father, Sheriff Woodrick “Wood” Jackson, and his great-grandmother, Miz Coretta (whom Jett calls Nana).

Keeping in touch with his mother Jules by video link on his computer, Jett now spends part of his time with family, friends and school, and the rest living the life of a working actor and celebrity. In doing so, Jett often ends up in sticky situations, usually aided and abetted by his childhood friend, J.B., his not-quiet girlfriend Kayla, and sometimes by Cubby, Silverstone’s wacky special effects wizard.