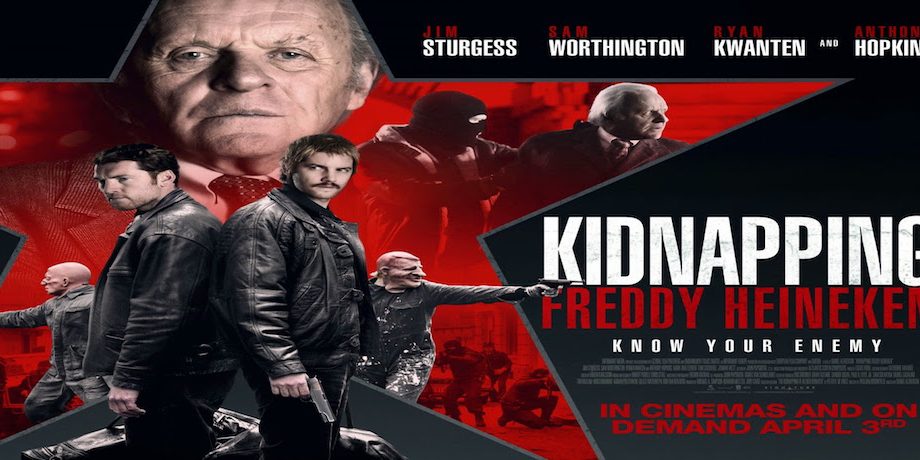 Kidnapping Freddy Heineken (U.S. title Kidnapping Mr. Heineken) is a 2015 British-Dutch crime drama film directed by Daniel Alfredson based on the 1983 kidnapping of Freddy Heineken. The screenplay, based on the 1987 book by Peter R. de Vries, was written by William Brookfield. The role of Freddy Heineken is played by Anthony Hopkins, with Sam Worthington as Willem Holleeder, Jim Sturgess as Cor van Hout, Ryan Kwanten as Jan Boellaard, Thomas Cocquerel as Martin Erkamps and Mark van Eeuwen as Frans Meijer.
The film takes place in 1983, primarily in Amsterdam and centers in a group of five Dutch friends: Willem Holleeder, Cor van Hout, Jan Boellard, Martin Erkamps and Frans Meijer. Looking for easy money, they decide to kidnap Heineken owner, the tycoon Freddy Heineken in order to achieve a very high ransom. Although successfully capturing Heineken and his driver Ab Doderer, the group eventually face difficulties due to their lack of experience in crime. They fail to negotiate with the police, and Cor feels it is his duty to take care of his pregnant wife, Sonja. After Heineken is finally released by the police, Willem and Cor flee to Paris, where they plan to remain hidden. However, Cor experiences strong emotional will to phone call Sonja, a dangerous action that could easily reveal their location to the police tracing. He is initially reluctant and has arguments with Willem, but ultimately gives in to his feelings and calls Sonja to tell her about his whereabouts, resulting in the two being arrested by the French police while leaving their apartment. 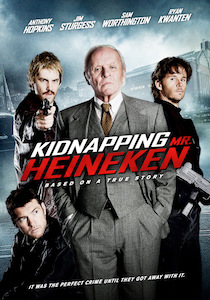