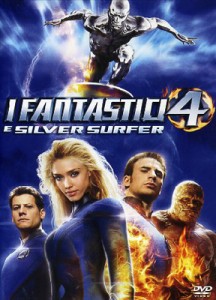 The US government approaches Richards to track and identify the movements of the object. He initially refuses, to appease Sue who feels he is again starting to neglect her for his science projects (made worse after she catches him dancing at his bachelor party with three other ladies), however, he surreptitiously builds a radar tracker which will locate the object, as the Army requests.