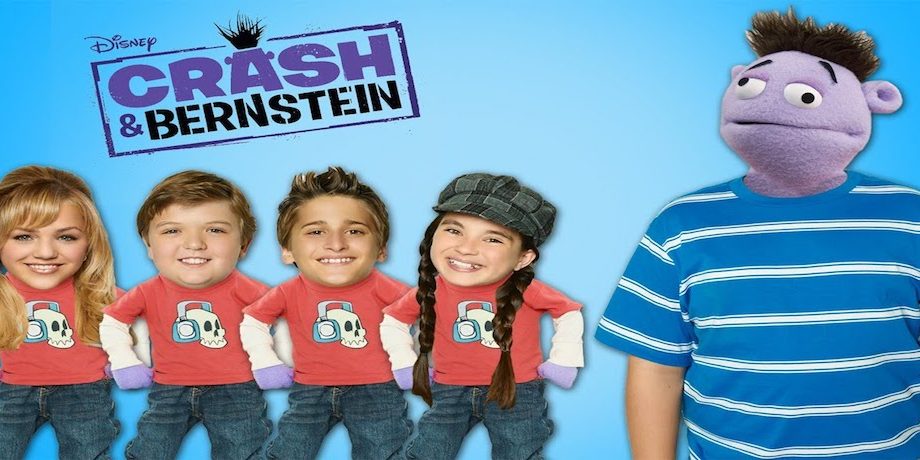 Crash & Bernstein is a live action television comedy with puppetry which premiered on October 8, 2012 on Disney XD. Created by Eric Friedman, the series centers around a 12-year-old son, among three sisters, who wishes to have a brother. His wishes come true when a puppet named Crash comes to life. Production for the series began in May 2012.[2] On November 9, 2012 Disney XD extended the series’ first season to 26 episodes.
Disney XD renewed the series for a second season on April 15, 2013, which will premiere on October 7, 2013.
Sesame Street and Muppets performer Tim Lagasse stars as the voice and puppeteer for Crash while Greg Ballora serves as the puppet captain.

For his 12th birthday, Wyatt Bernstein is taken to a Build-A-Bestie store where he creates a puppet that he names Crash, who comes to life as the brother he always wanted. Crash and Wyatt must deal with three sisters of various ages at home, as the two might have their differences like other brothers do, but they still have each other’s back. The series is set in Portland, Oregon, according to the theme song on the television that appears before Crash destroys it. 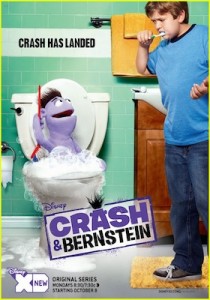