Baywatch is an American action drama series about the Los Angeles County lifeguards who patrol the beaches of Los Angeles County, California, starring David Hasselhoff. The show was cancelled after its first season on NBC, but survived through syndication and later became one of the most-watched television shows in the world.The show ran in its original title and format from 1989 to 1999. From 1999 to 2001, with a setting change and large cast overhaul, it was known as Baywatch: Hawaii. 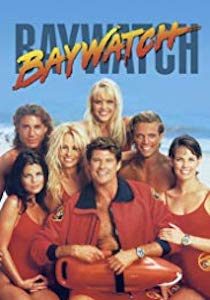