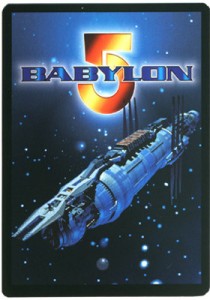 The television series takes its name from the Babylon 5 space station, located in the Epsilon Eridani star system, at the fifth Lagrangian point between the fictional planet Epsilon III and its moon. Babylon 5 is an O’Neill cylinder five miles long and a half-mile to a mile in diameter. Living areas accommodate the various alien species, providing differing atmospheres and gravities. Human visitors to the alien sectors are shown using breathing equipment and other measures to tolerate the conditions.

The five seasons of the series each correspond to one fictional sequential year in the period 2258–2262. Each season shares its name with an episode that is central to that season’s plot.