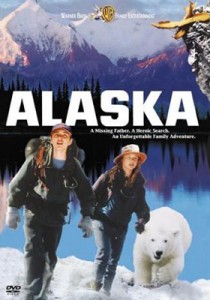 The movie starts with Jake Barnes (Dirk Benedict) flying a plane over the Alaskan wilderness. While he is flying, he is communicating with a man named Charlie (Ben Cardinal), who works for Quincy Air Service. During his flight he passes by a polar bear that stands up on its hind legs as the plane flies overhead. The polar bear is then shown in the scope of a gun being held by a poacher, Colin Perry (Charlton Heston) who, with his comrade Koontz (Duncan Fraser), kills the bear.